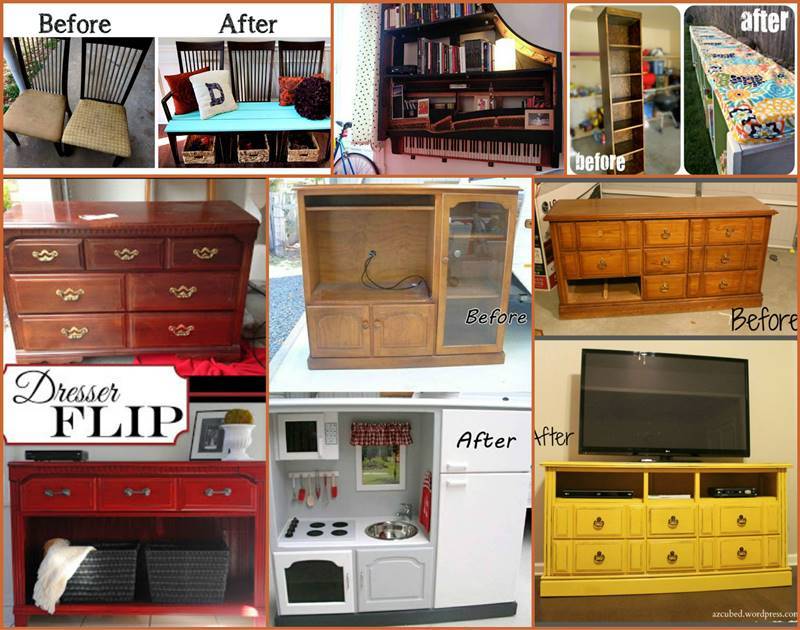 Greetings from i Creative Ideas! Thanks to the creativity and efforts of DIY enthusiasts, repurposing old furniture has become more and more popular because it’s a ultimate way of recycling and a cheaper and feasible way to own a new functional piece of furniture. With a bit of creativity and DIY magic, you can transform old furniture into something that is not only practical but also modern and unique. Here at i Creative Ideas, We have put together this fabulous collection of more than 20 DIY projects showing how creative people have repurposed old furniture. Before you throw your old furniture, or if you find an old piece of furniture in local yard sale and are wondering how to upcycle it, check out the following creative ideas. 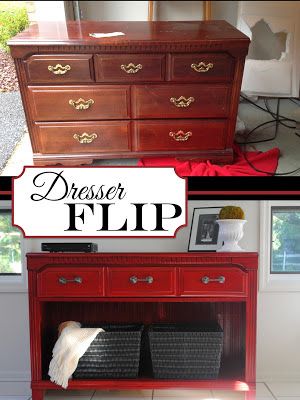 Turn an old dresser into a versatile and gorgeous piece of furniture: TV stand, buffet or entry table. (Tutorial via Two It Yourself) 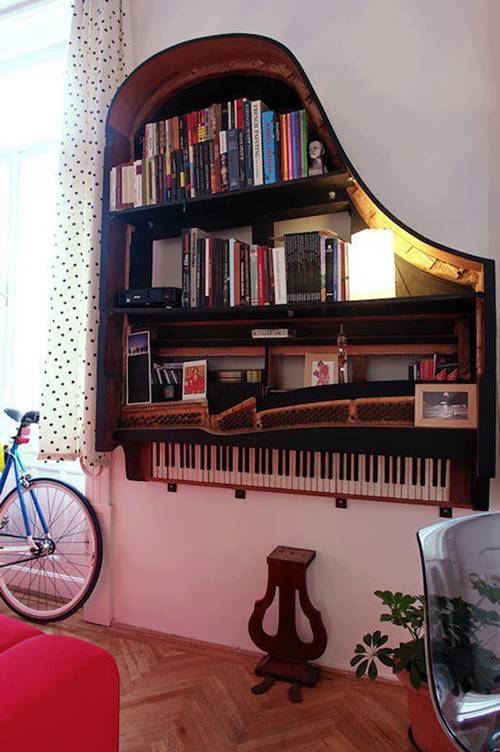 Turn an old, non-working piano into a unique bookshelf. (Tutorial via Instructables)

3. Old Dresser To a Bench Upcycle 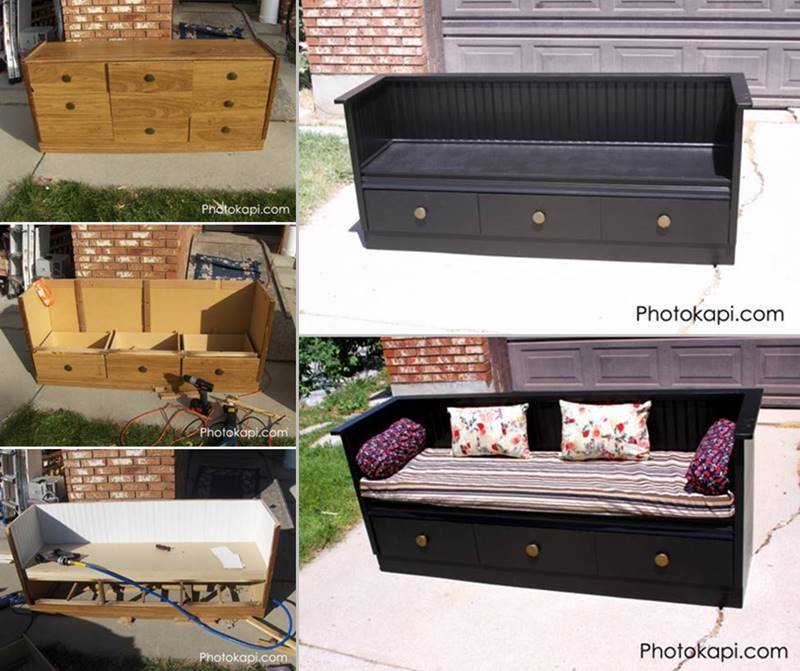 If you have an old dresser that you don’t need anymore, take a look at this fantastic project to repurpose it into a super cool bench. (Tutorial via Photokapi)

4. Repurpose an Old Entertainment Center into a Play Kitchen 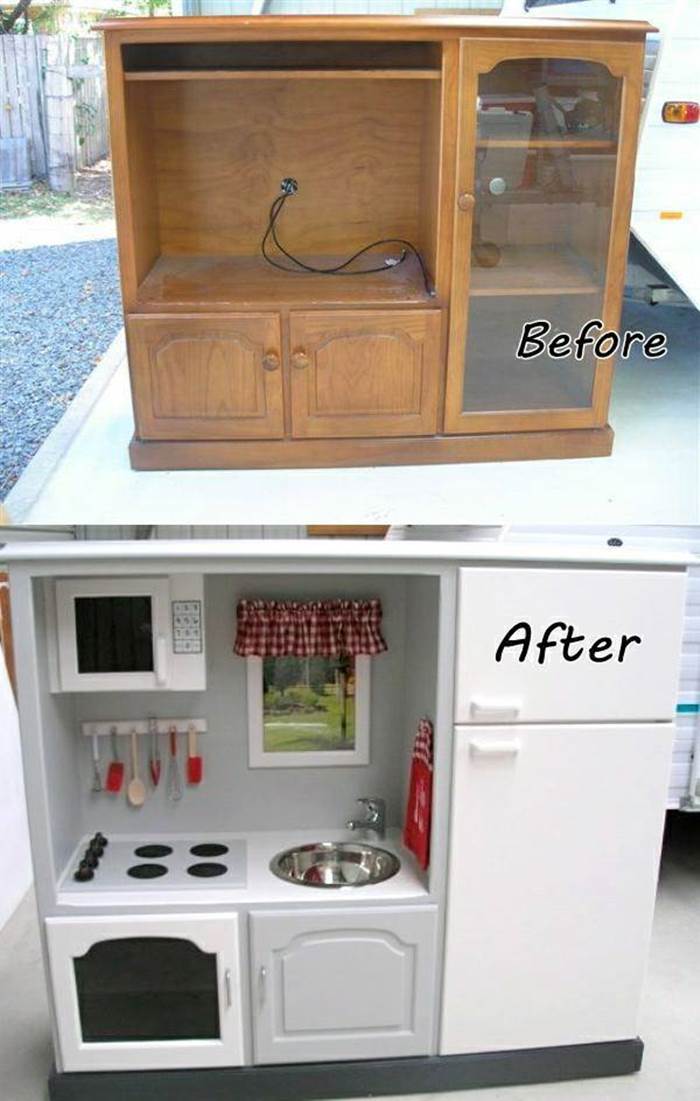 This fantastic play kitchen has every detail that the kids would want for their own kitchen. It is upcycled from an old entertainment center. Cool! (Tutorial via Giggleberry Creations)

5. Nightstands From A Desk 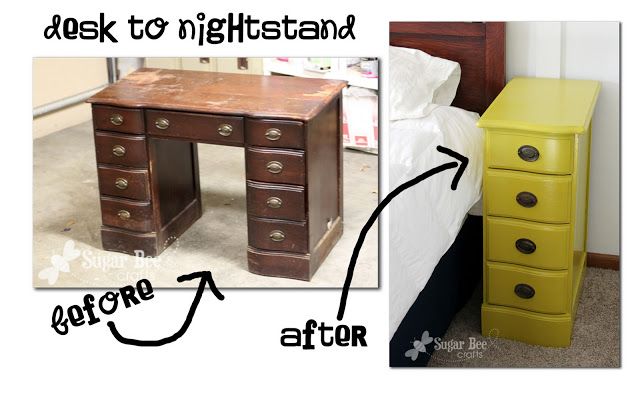 Turn an old desk into two modern and practical nightstands by removing the center drawer of the desk. (Tutorial via Sugar Bee Crafts) 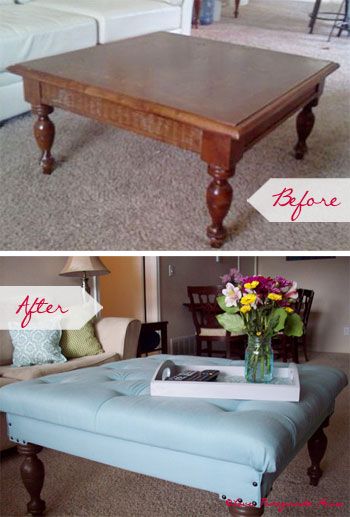 Here is another recycling project that brings new life to an old coffee table and turn it into a comfy ottoman. (Tutorial via Love Pomegranate House)